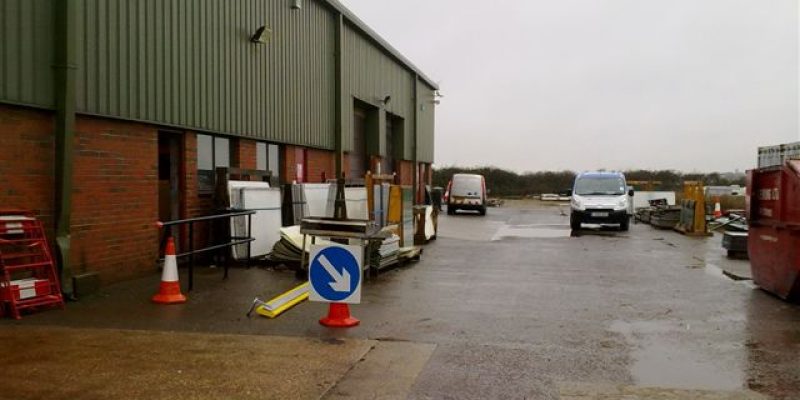 This is copied from the Simon Lewis Books website:

Great Gidding in Cambridgeshire where Northampton’s John Clark promoted GP Midgets. Now an industrial estate off Hemmington Lodge Lane. Steven Parker, who works at the site today says “there’s very little evidence …the tarmac or concrete surface was broken up for unknown reasons leaving us with huge flooded potholes. …you can still see where the carpark would have been near the entrance for spectators & racers although its like a jungle now!.” More of Steve’s photos can be seen on the Gt Gidding page – www.simonlewis.com/gidding.html. As you can see above it’s now a very anonymous site but the faint outline of the track shows up on Google Maps Does anyone know when the track operated or have any old photos?