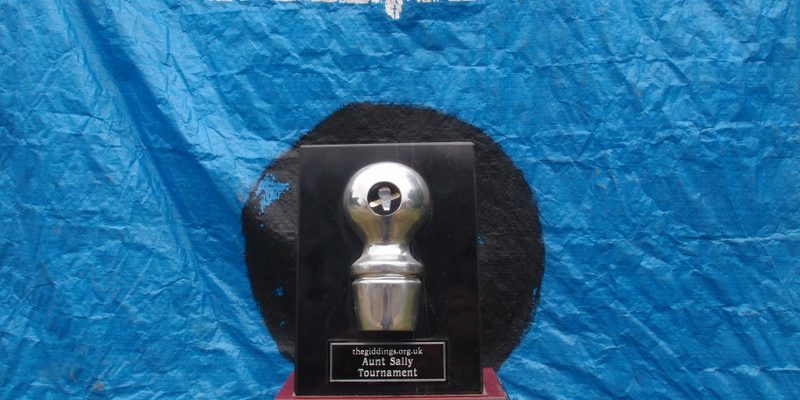 Its back, the tournament you can’t say no to. Monday August 25th sees the annual Aunt Sally Tournament starting at 2pm Great Gidding time. This is in addition to the regular Thursday evening game which has been extended from its original 8 week run to the end of August. Three things of note, that  the weather has been quite summery, we now have some regular players and the skill level is still woeful. There are occasional glimmers of fine play but these are usually short lived.

My thanks to Ian Alexander for taking on the game for the rest of the summer and our hosts at the Fox & Hounds for allowing such a silly game to be played.

If anyone would like to sponsor this event, I’m sure we can find a suitable category to place your donation.

This year the food theme is Pork Pies. Currently patrons of the Fox & Hounds are researching quality Pork Pies and the Aunt Sally Tournament is an ideal event to expand the research so if you have a favourite Pork Pie either bought or home made then bring it along for a taste test,  actually any pie will be warmly  welcome  Game, Vegetarian or  Sausage. 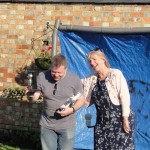 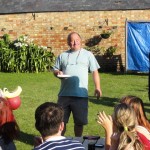 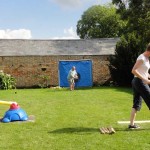 Great Gidding Aunt Sally Tournament 2013 – Mary gets into the ‘zone’ 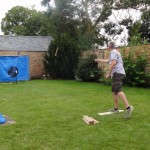 Great Gidding Aunt Sally Tournament 2013 – is that foot over? 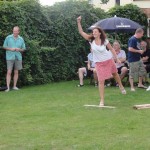 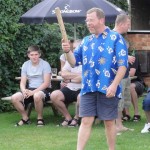