Listen out on Remembrance Sunday for the bells being rung half muffled. 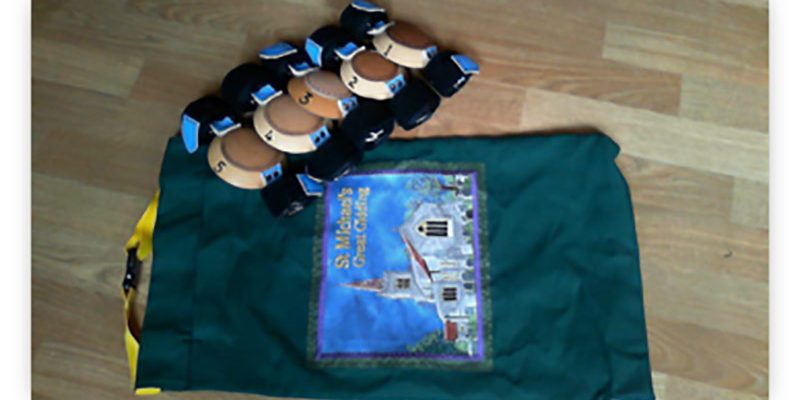 What are Bell Muffles?

These are used when ringing church bells “half muffled”. The bells ring in a sequence which then gives an effect like an echo.  This is because one half of the clapper is covered with a leather muffle, so on the front stroke the bell rings a full sound while on the back stroke the sound is muffled. It has the effect of slowing down the sound, and therefore gives a melancholier effect.

The red arrow shows the positioning of the muffle on the clapper.

The youtube below video shows bells ringing half muffled.

St Michael’s church has recently acquired 5 new bell muffles in an embroidered bag which are hand made by a craftsman called “Big Wilf”. Listen out on Remembrance Sunday for the bells being rung half muffled.