With an east wind howling down Main Street, villagers scurried along to the warmth of the Village Hall to do battle once again at the Quiz & Chip Night. Quiz supremo Lois Jordan set the tone of questions that would sort the wheat from the chaff. Fortified with liquid refreshment from the bar, the contestants sorted themselves into their respective teams. It was immediately obvious that this would be a two way scrap with the remainder fighting for the minor places. Our host and question master John Deval laid down the rules and the quiz commenced.

After three rounds of brain exertion we reached the midway point, time for fish and chips which were duly served up piping hot and very enjoyable. After another three rounds of yes, no, yes, that’s not right, put anything down, its errr… the quiz concluded. Its amazing how much you think you know when the answer has just been read out.

Thanks to all concerned for an entertaining evening. 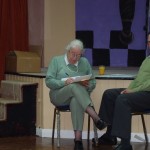 Lois and Bruce reflecting on their fiendish quiz questions 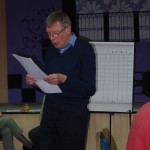 John, running through the answer sheet 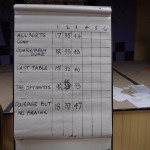 Half time score board 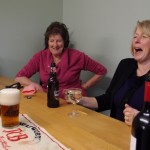 How not to have your pint poured 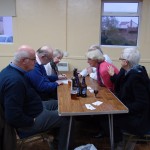 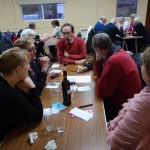 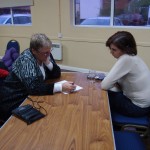 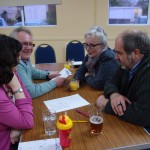 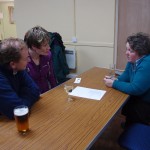 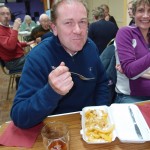 A man and his fish and chips 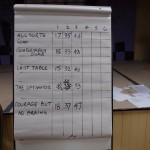