Farmer on a bicycle, occasional ramblings……. 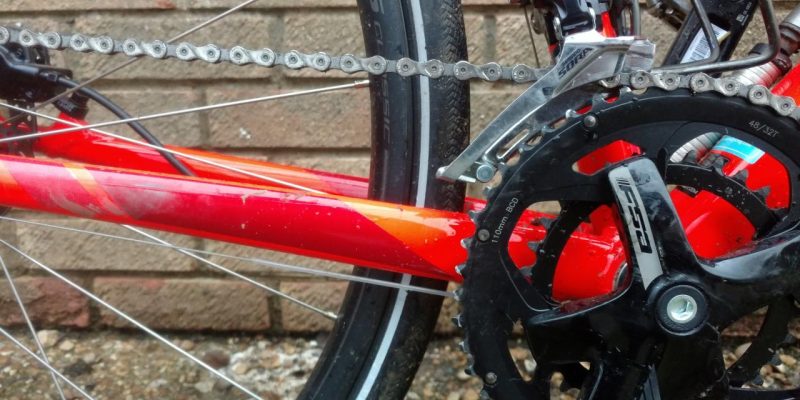 Farmer on a bicycle, the ramblings of an arable farmer and his bike excursions.

Get fit for Harvest

Home → Uncategorized → Get fit for Harvest

More words and pictures from a farmer on a bicycle

Get Fit for Harvest

That was the mantra  for June and July because the modern  arable harvest is about a lot of driving hours in tractors, combines and loaders and not much time for good exercise. The modern tractor or combine cab offers all the creature comforts and a relatively smooth ride but it’s the long hours driving that eats away at any fitness.

The first was a 108 mile loop around Norwich without actually seeing Norwich. The second was a linear ride to Southwold with the Gobblers. The third was a very hot days ride to Ampthill and back, starting to feel fitter at this point then the fourth ride was a delightful day in north Norfolk with friends and then the final 100 was to Boston and back which had its own charm, really!

On reflection the effort was worth it from many points, the wide and varied countryside seen, the state of the crops prior to harvest. Cycling with friends and the real benefit of good exercise before harvest activities commenced. I do feel the need to get cycling again as I’ve had a back to back weeks cultivating and ploughing.

From the farming angle another harvest has been and gone. Certainly a hot one and in terms of yield and quality, mostly good. The high point being a remarkable crop of Spring Barley that grew with only one drop of rain early at planting and ticked all the boxes for the malsters.

The wheat crop was excellent to fair. The crop that dragged things down was the Oil Seed Rape, poor yield resulting from poor establishment last year. Must try harder!

But things don’t stand still on an arable farm. No sooner than harvest is out of the way it’s an immediate turnaround for the fields preparing them for the next crop.  Its true to say that field work in September is more arduous than August harvesting. The bonus this year is that the soil is working well and the subsoils have fissured nicely, the downside is (farmer moaning already) the remarkable dry weather continues and is impacting on the Oil Seed Rape germination, just 25mm of rain please, now or tomorrow!

Next mantra – Get fit for winter and that seasonal holiday event!

Links that may be of interest

A few photographs from the bike rides and harvest. 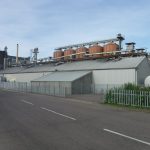 Seen on the around Norwich ride, the Crisp Malting company at Great Ryburgh 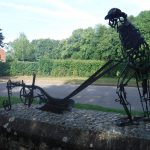 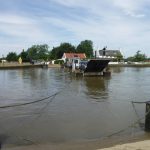 Cross the river for £1 for as bike 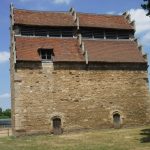 A National Trust site in Bedfordshire 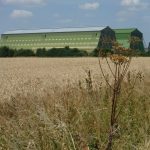 Apparently both are now used as film studios, the Airship technology company having moved to an undisclosed site not far away. Most likely a big shed near Milton Keynes 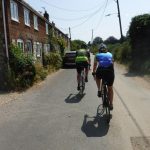 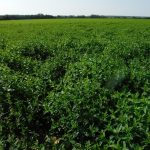 Mint being grown at field scale,probably for Colmans of Norwich 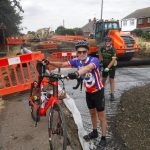 On the way back from Boston 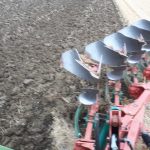 Turning down stubble and chopped straw 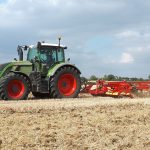 Cultivating with a Top Down. 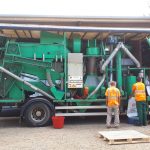 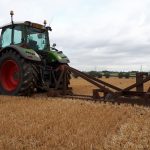 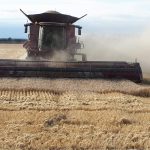 The final few metres of a very dry harvest 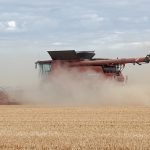 The combine has been shrouded in dust most of this harvest 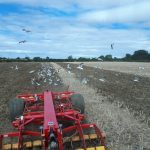 Gulls and Red Kites much in evidence as the soil is cultivated. Worms not happy though! 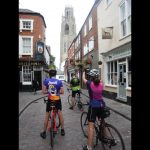 I’ve always felt compelled to write something but never quite sure what. Over the past few years cycling has become a big part of my leisure time. A chance to get away from the highly compressed day to day workings of an arable farm and see what everyone else is up to from the “comfort” of the bike saddle. So why not write about the cycling excursions and what’s observed in the fields and on the road. Here is the first one, a bit of a scene setter.

The bike, the kit, the bits

Cycling is riding the crest of a wave at the moment in all its forms. My particular thing is long distance day rides so the bike I use is Genesis Datum 20 on 700 x 32 tyres. This is best described as a relaxed frame with tyres that allow a certain amount of off road exploration on gravel or dirt track as long as its dry.

The kit, yes I do lycra and for good reason, it works in respect of sweat removal, cool riding and allows wind to pass around the body easier (the body could be a little more aerodynamic, working on it) Padded shorts, good quality gel inserts so no saddle sores. My top is from the Primal range, likeable designs and catering for the extra and extra extra large end of the waist/chest size measurements. I use clip in shoes and for summer riding Shimano sandals, so no mucking about with socks.

The bits, this is really about route building, mapping and recording the journey. Anyone who runs, walks or cycles with a passion will record their efforts. My cycling is based around the popular Strava application ( there are many others) Routes are built on a PC and then out on the road the route is downloaded to a mobile phone and you just follow the blue line. This would be for the big rides into unfamiliar areas.

That’s enough about the kit as important as it is what about the cycle rides. This year things were slow to get going as the cold spring dragged on and wasnt that conducive to enjoyable cycling, but then summer arrived and has not let go so we have been putting in some Sunday miles mostly rides of around 60 miles. I choose rural locations and use the quiet  roads where possibible. ITs not a speed thing 12 to 14mph is the usual average speed and a ride usually last 5 t0 7 hours with a couple of coffee and cake stops where possible.

In the last few weeks I have “gone large” so to speak, three consecutive rides of over 100 miles. The first was a 108 mile loop around Norwich without actually seeing Norwich, the second was a linear ride to Southwold of 110 miles and just yesterday (7/7/18) an amble down to Ampthill and back of 103 miles.

So what of the farming activity seen, being in the run up to the cereal harvest not much to say other than the crops are ripening fast and the only observed farming activity was some Oil Seed Rape being harvested in fields by the Staughton Moor road. I think the pace will pick up this coming week.